A Girl's Guide to Automotive Repairs

If you own a pickup truck with a relatively short bed, then there are probably times when you wish you had a little more length to work with. Having a few extra inches could mean a world of difference when hauling a wide variety of goods, including furniture and lumber.

Pickup truck bed extenders make it possible to add those extra inches onto your truck bed whenever you need them. These extenders come in several popular forms, each with their own benefits and drawbacks. The following takes a look at three popular options for extending your pickup truck bed.

The vast majority of standard truck bed extenders come in the form of a U-shaped, cage-like enclosure that sits on top of the open tailgate. This helps give your payload a few extra inches of room without the risk of having your load fall out. Some designs allow you to completely remove the extender and place it at the head of the truck bed when not in use. Others are permanently bolted to the end of the bed, but flip inward to allow the tailgate to close.

Unlike their standard counterparts, hitch-mounted truck bed extenders take advantage of unoccupied trailer hitches in order to add extra length. Most hitch mounts consist of a long bar that connects to the truck's trailer hitch and extends several inches beyond the tailgate. A T-shaped bar provides support for the truck's payload. On some models, the bar can be adjusted to accommodate a variety of loads.

While hitch-mounted truck bed extenders excel at hauling long loads like pipes, ladders and lumber, they won't work for most other types of payloads due to their design. It may be possible to build a flat platform for longer, heavier items to rest on, but it creates a stability risk for payloads when the truck is in motion.

The downside to this approach can easily be seen if your truck has a tonneau cover. Most slide-out mechanisms take up a significant amount of space within the bed, making it nearly impossible to store some items in the bed with the tonneau cover in place. The raised deck also prevents tall items from being stored in trucks fitted with camper shells. Slide-out decks also make it impossible to install or use a gooseneck fifth-wheel trailer.

Tailgate-mounted truck bed extenders are mounted onto the truck's tailgate, instead of within the bed or as an externally-mounted device. This allows you to have a low-profile bed extender that doesn't interfere with tonneau covers or take up large amounts of space like a conventional truck bed extender would.

On the downside, a tailgate-mounted bed extender might not be able to carry as much weight as other bed extenders would. Tailgate thefts are also another thing to worry about. Not only could your tailgate disappear, so could the extender that's bolted on or integrated into the tailgate itself. 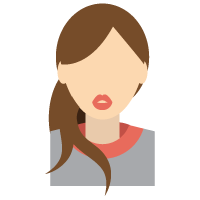 Hello and thank you for taking the time to visit my website. My name is Nellie. I am a mother of two grown women and have been divorced for the past three years. I decided to create this website because after my divorce, I realized how reliant I had been on my husband to make basic repairs on my car, as well as our daughter's. Feeling empowered and independent, I started to learn about automotive repair and have since taught myself how to make basic repairs. Women sometimes think differently than men, so I wanted to explain the repairs in ways that made sense to me. As such, I created this website, which I hope you find useful.